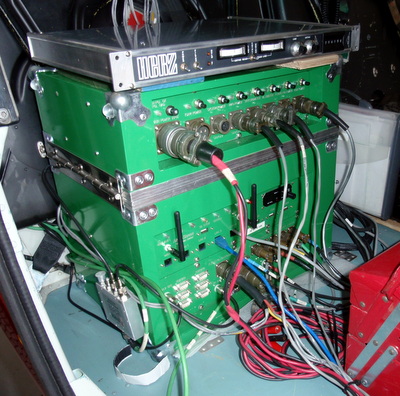 VLF is an electromagnetic method that relies on transmitted currents inducing secondary responses in conductive geologic units. A VLF anomaly represents a change in the attitude of the electromagnetic vector overlying conductive materials in the subsurface.

Airborne VLF data are mainly used for the interpretation of large scale geological features such as faults and conducting rock units, although under favourable circumstances, smaller conductors such as due to sulphide mineralization may be revealed. VLF data are regarded as an excellent, cost-effective complement to airborne magnetic data.

In mineral exploration, VLF data are used to map geologic structure, including the apparent dip of fault zones and shear zones. The data can be interpreted to identify the dip of these structures for reliable drilling. Data are also used to identify conductive ground which might correspond to sulphide concentrations. A third application is to map overburden in preparation to drilling and further sampling.

In groundwater exploration, VLF plays an important role. It can be used to detect conductive bodies of fluid – containing water – in bedrock or in the vicinity of fractures. Another use is for contaminant mapping – contaminants may have higher resistivity than surrounding fluids due to solid inclusions in the fluid.